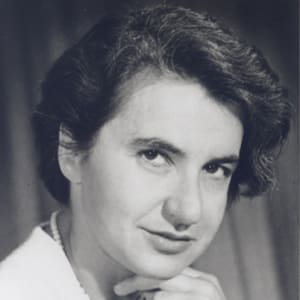 Rosalind Franklin was an English chemist and X-ray crystallographer who was central to the understanding of the double helix structures of DNA for which other shared the Nobel Prize. She worked hard at school and gained a place at Cambridge University to study the characteristics of coal and classified them according to their performance.

She also led pioneering work on the molecular structures of viruses which resulted in others winning the Nobel Prize.

She died in 1958 at the age of 37 of ovarian cancer, a lack of democracy in her workplace ensured that much of her contribution was only recognised after her death. Our academy has a democratic culture which is built upon freedom and equality, where everyone is aware of their rights and responsibilities. 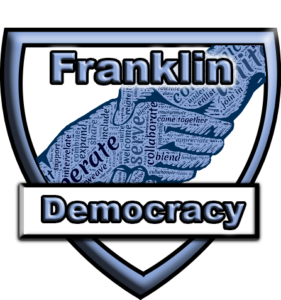 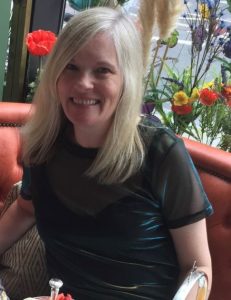 Originally from Aberdeen in the northeast of Scotland, Miss Simpson left Aberdeen to study Composition at the University of Glasgow. However, after successfully scaring the living daylights out of the audience at the degree performance with her music for a horror film, it is probably just as well that she decided to take a gap year after graduation!

Miss Simpson has two children, a son and a daughter who are both studying at universities in England, and a very silly dog called Charlie! When her children were little she took some time out of youth work to follow her passion for politics and study for an Open University degree in Political Science and Criminology (Youth Justice). She is passionate about democracy; the Franklin House British value, and wants every student at Haven High, regardless of House, to know that their voice matters.

It was during this year that Miss Simpson discovered that she loved working with teenagers and the year out quickly grew into sixteen years of charity work first in Newcastle, then Lincoln and America before returning to Lincolnshire in 2013. Her career as a Youth Worker has taken her to many different countries and situations around the world: summer camps in Northern Ireland, Canada, Barcelona during the Olympics, and in Croatia during the war; humanitarian work in Malawi; and working with the victims of human trafficking in Texas, USA.

On her return to England Miss Simpson spotted an advert for the position of Learning Mentor at Haven High Academy. After a year in this role she then applied to train as a teacher and has been teaching English for the past five years. For the past two years Miss Simpson has been part of a team of colleagues who lead the Student Council. She loves the opportunity to see the students grow in confidence as they realise just how important their ideas are in shaping student life at Haven High.

Miss Simpson is enthusiastic about developing her own skills and is currently studying for a Masters in English. However, if truth be told, she loves nothing more than climbing the mountains in her native Scotland and tends to get a bit twitchy if she doesn’t visit her homeland at least once every year. As a result she is often seen wandering around the Lincolnshire Wolds in a kilt with her face painted blue shouting, ‘Freedom’! 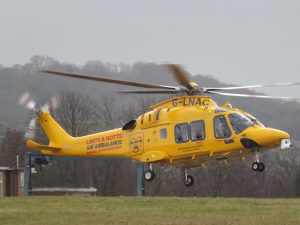 The Lincs and Notts Air Ambulance is one of the UK’s leading Helicopter Emergency Medical Service (HEMS) Charities, funded purely by the generosity of local people. The Air Ambulance is not part of the NHS and is not funded by the Government, which is one of the reasons why Franklin House has adopted them to be our charity.

As you can imagine, providing a Helicopter Emergency Medical Service in Lincolnshire and Nottinghamshire costs a significant amount of money. One potentially life-saving mission costs on average about £2,500 and to be able to fly 24 hours a day costs around £4million a year.

At a time when every second counts, the arrival of the iconic yellow helicopter can really mean the difference between life and death. The Air Ambulance is like bring an A&E department directly to people who have suffered devastating injuries or are suffering from the most serious of illnesses. They can provide the best possible treatment as quickly as possible.

Franklin House has already been busy taking parts in charity events to raise funds for the Air Ambulance. This is just the beginning though, and many more exciting activities will take place throughout the school year.