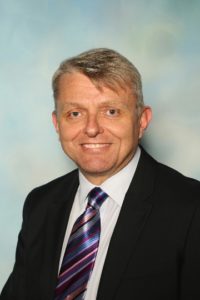 Mr Van Lier started his career as a Production Chemist for Courtaulds Textiles following the completion of a Chemistry degree at Cardiff University. He soon moved onto a career in retail management with Marks & Spencer, ending up as the Assistant Food Manager of their flagship store in Oxford Street before commencing a food buying role in their Head Office. After 4 years he moved north to Spalding following the birth of his daughter for a “better life”. He worked with several suppliers to the multiple retail sector culminating in the role as Managing Director of UtopiaUK a supplier of tropical and exotic produce to customers like M&S, Sainsbury’s and Waitrose. He then made the positive career decision to become a Teacher of Chemistry starting his training at The Thomas Cowley High School. He then completed several roles including Deputy Headship for the Greenwood Dale Academies Trust in Corby and in May 2018 he was selected to be the Headteacher of Haven High Academy. During his civilian career he has also served his country as an Officer in the Army Reserve, currently holding the rank of Field Officer at the Army Training Regiment, Grantham. 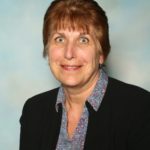 Mrs Wharff attended Boston High School before studying at the University of Birmingham. She began teaching Maths at Skegness and Kitwood schools prior to starting at Haven High when it opened in 1992. She has held various roles including Head of Year, Head of Maths and is now Senior Deputy with responsibility for assessment and data. Her passion will always be teaching Maths and she enjoys working with our students to ensure that they all have the opportunity to achieve their dreams. 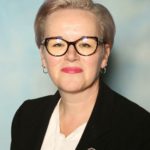 Mrs Albelda started her working life as a performer on cruise ships around the world before retraining to be a teacher in 1998.  She has been working at HHA for 19 years, first as the Head of RE and PSHEE and now as Deputy Headteacher.  A Lincolnshire girl herself, she feels it is so important to empower young people to achieve their potential and see beyond Boston. Mrs Albelda recently achieved Specialist Leader in Education status and is looking forward to supporting colleagues and students in other local schools.   She recently became a grandmother and is loving spending time with her new grandson. 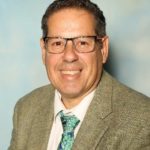 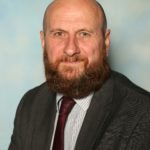 Mr Thompson attended Kitwood Boys School Boston before leaving to complete an apprenticeship with East Midlands Electricity Board as an electrician. He left the Electricity Board in 1991 to read Mathematical Methods for Information Technology at Nottingham Trent University.  After graduating he worked in the IT industry in and around London and at various locations. For the next 10 years he was employed by two Blue Chip companies IBM and BAe Systems respectively, as a Configuration Manager and 3rd Line Support Manager for Logistics Support Software on several MOD projects. In 2004 he moved back to Lincolnshire and joined the team at Haven High as a maths teacher. He has held various roles including Head of Maths, Director of Studies whilst also qualifying as an Advanced Skills Teacher and he is now an Assistant Head Teacher with responsibility for curriculum. His goal is to encourage students to believe in themselves and achieve more than they thought possible. 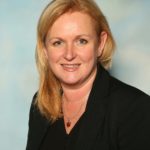 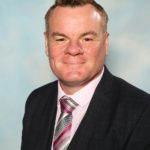 Mr Wiles began his working life as an aircraft engineer in the Royal Air Force, working on a variety of military aircraft including Tornado F3 and Jaguar GR1. After 15 years, and the completion of a very challenging military course, he truly understood the importance of education and in 2002, retrained as a teacher. During his teaching career, Mr Wiles has held a variety of posts including Head of Department, Head of Year, Head of House, Head of Army cadets, Assistant Headteacher and Head of Training in a variety of schools in Lincolnshire. In 2012, after the tragic death of Red Arrows pilot Flt Lt Jon Egging (Red 4), he was instrumental in the development of the Jon Egging Trust, a nationwide charity supporting young people to overcome adversity, identify their strengths and realise their potential. He remains a trustee of this very important and worthwhile charity. Mr Wiles joined the Haven team in September 2019 as the Senior Leader responsible for Tollfield campus. His passion is to enable every student to ‘be the best they can be’ so that life chances are not limited to previous expectations but widened to future dreams. 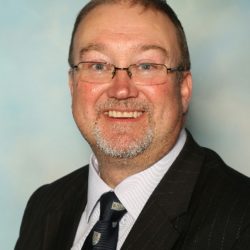 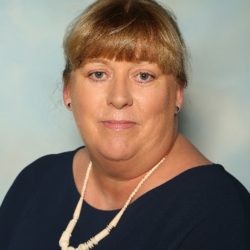 Mrs Williams started her career as a translator for a well-known loss adjusting company travelling around the world visiting ships and oil rigs.  She then moved on to stock broking as a research analyst in precious metals in London and then following having her children retrained and worked with children with life limiting conditions teaching them sign language and supporting families.  She has now settled in Lincolnshire but still enjoys travelling, ceramics and archeology.  She has been working at HHA for 16 years, first as Head of Year, then Head of KS 3 & 4 and now as Lead Behaviour Professional.  She feels it is important to broaden young peoples’ minds and horizons.  The more that you read, the more things you will know, the more that you learn, the more places you will go. 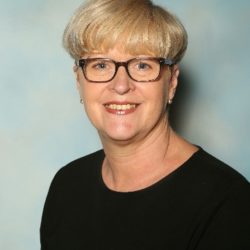 Mrs Ironmonger was born and raised in Northern Ireland at the height of the troubles, despite this she had a happy childhood filled with fun, imagination and playing outside – a time before apps and selfies!

Mrs Ironmonger started her career in 1984 when she joined the British Army as a Communications Operator and served for 5 years.  She left to accompany her husband also a serving member of the British Forces when he was posted to Gutersloh, Germany. While there she worked for the Army Welfare Service, and then as an administrator in a British Military School.  On returning to the United Kingdom her family settled in Boston and she worked at Boston Family Centre before becoming an Administrator at St Bede’s Roman Catholic School.  In 2006 Mrs Ironmonger joined Haven High Academy as Exclusion Centre Manager and then worked as Assistant Head of Year before becoming Head of KS3 and then on to her current role as Pastoral Team Leader/Head of year. She feels that her most rewarding job to date has been bringing up her family; she has two grown up children and a new and much loved granddaughter.  She credits her family with teaching her patience, knowing when to ask for help, how to bounce back when times are tough, and that there’s always more to learn. However, it’s not all one sided; she believes that as parents and carers we need to teach our children constantly, the little things, and the big life lessons like how to be polite, kind and to have respect for yourself and others. 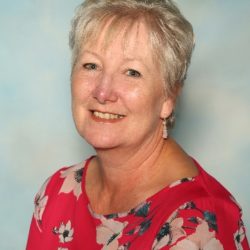 Mrs Sargeant attended Kitwood Girls prior to attending Boston College where she completed a Business Studies Course.  She went on to serve 26 years as an administrator with the Civil Service before joining Haven High Academy in March 2010 as a Finance Administrator.  Mrs Sargeant’s true passion was always to work with Children and share her own life experiences of bringing up a family of four children, therefore in September 2014 she jumped at the chance to join the Head of Year Team.  Mrs Sargeant has recently trained in Children’s Mental Health First Aid. In her spare time, she loves nothing more than to take her grandchildren on weekends away in her motorhome and spends many hours supporting her sons, one of whom has recently qualified for the GB Triathlon Team. 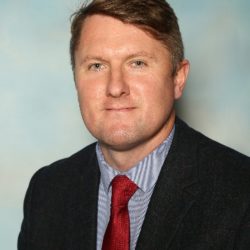 Mr Hill joined Haven High as the Head of Year 9 in Sept 19 after a 23-year career in the British Army. He has seen active service as a member of the Parachute Regiment and spent the second half of his military career in the Royal Army Physical Training Corps as a key adviser on fitness, health and wellbeing.  This is his first school and he is looking to support students from a pastoral perspective using his military and life experience.  Mr Hill is the owner of Woody the school Therapy Dog, he is also the lead for the Haven High Army Cadet Force. 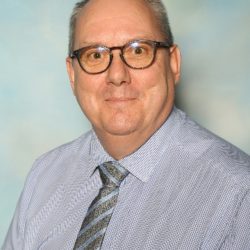 Mr Hallam’s earlier working life was in an office based environment until a career change took him to work for HM prison Service. During his time in the Prison Service he has worked both in the High Security Estate with some very challenging and dangerous offenders, and also in the Open Estate preparing offenders for release into the community. In 2013 he decided it was time for a change and went to work in a local independent school which specialised in working with students outside of mainstream education. He then joined Haven High in 2014 and managed the exclusion unit before undertaking his current role as Head of Year. He has a passion for students taking responsibility for their own actions and strongly believes that with the right guidance they can all achieve their goals in life. Away from work Mr Hallam is a devoted grandfather who likes to cook and listen to music whilst watching Leeds united throw away promotion. 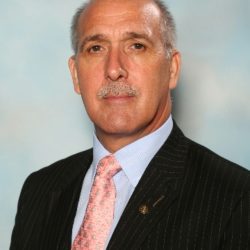 Mr Miles spent 33yrs serving his Country in the Armed Forces rising through the ranks to reach Company Commander (Major) in the 1st Battalion Welsh Guards.  Mr Miles was awarded the MBE in 2007 New Year honours list for his services.  Applying his skills to the education sector, he first joined St Bede’s Catholic Science College and subsequently Haven High Academy as a Head of Year.  Mr Miles has supported students in all year groups and has a reputation of having high expectations and a total commitment to the young people of the Academy.  He loves spending time with his grandchildren and relishes the time spent being their “Poppy”.  He is also involved with Boston Rugby Football Club where he is a trustee; in 2008 he became the President of Boston Buccaneers Rugby Football League at BRFC. 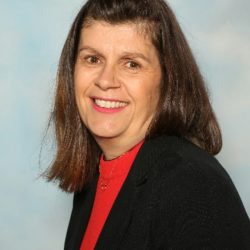 Mrs Bates started her career as an Administrator, after having her family she changed direction and worked with pre-school children before returning to a role as an Administrator joining HHA in 2006.  Working as the Administrator at the Tollfield Campus through its transition from the former St Bede’s Catholic Science College to a Sixth Form and changing again in September 2018 when the Tollfield Campus became a bespoke site just for Year 7s.  Her role changed in September 2019 when she became the Assistant Head of Class 2024 joining our excellent Pastoral Team.    Her role as a Mental Health First Aider is very important to her and she supports both the staff and our students. 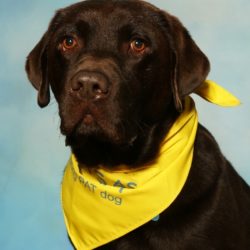 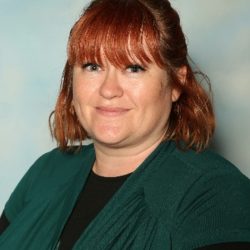 Miss Wilkinson started her career as a Personal Assistant, having trained in administration with the Royal Air Force. A change in career direction, meant a return to education, both with Sheffield Hallam University and the University of Lincoln. She has been working in the Humanities Department since 2016, having now additionally been appointed to train as SENCO in 2019. Miss Wilkinson feels that inclusion for all our pupils is important and that the inclusive teaching methods she promotes ensure every pupil can fulfil their potential. Miss Wilkinson is also currently undertaking a PhD in Education in her spare time. 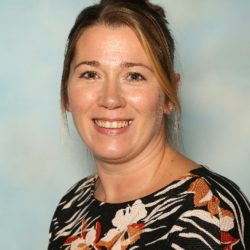